What do Jurassic coastlines, megalithic monuments, pubs and bike trails have in common?

Spoiler: they are all Highlights in Simon Tomkinson’s eyes.

A broadcast engineer and passionate multi-disciplinary cyclist, Simon also has a taste for all things megalithic. He lives in South West England, an area that might not get a huge amount of attention for tourism in the UK but nevertheless has plenty to offer in terms of landscape and history, especially when linked up from komoot Highlight to Highlight. Here Simon shares his insatiable explorer’s enthusiasm and why he thinks his part of the world has much to offer.

I’m mostly found on my mountain bike, although recently I might have been spotted out and about on my new gravel bike on less technical terrain. I love epic views and the sense of achievement after getting to the top of the next hill and looking out over the land I’ve just ridden through. Also the adrenaline rush of singletrack descents. The classic Yin and Yang cliché that is mountain biking: climbing to the top of a mountain and enduring a bit of suffering for the glorious reward of a thrilling descent. 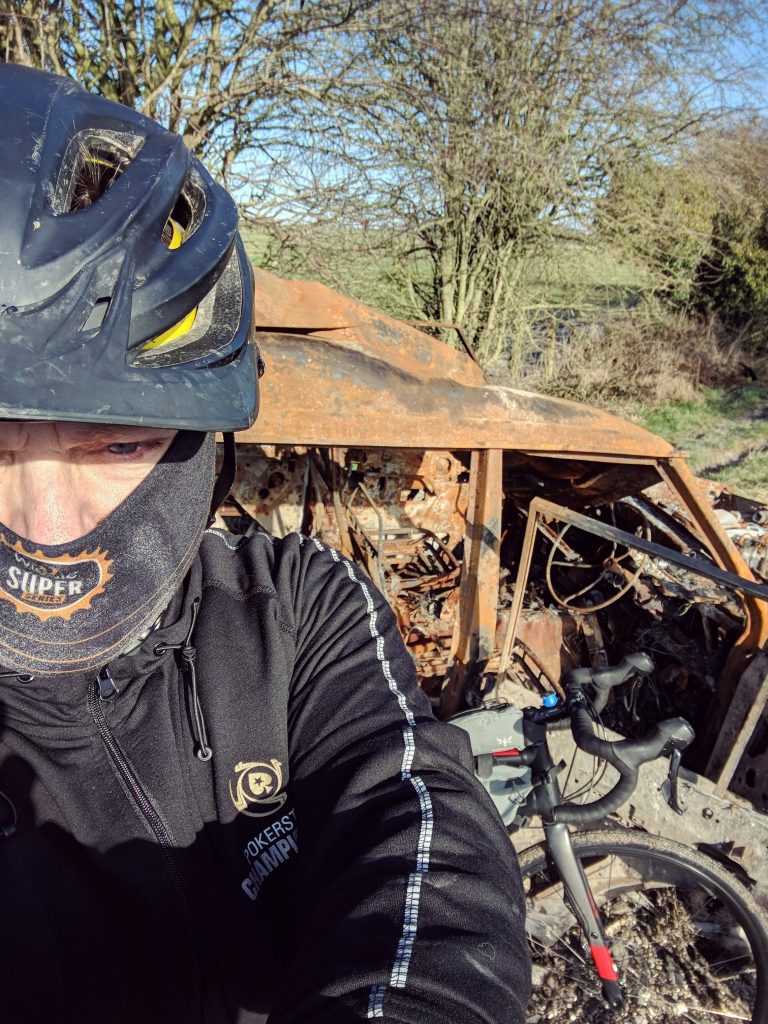 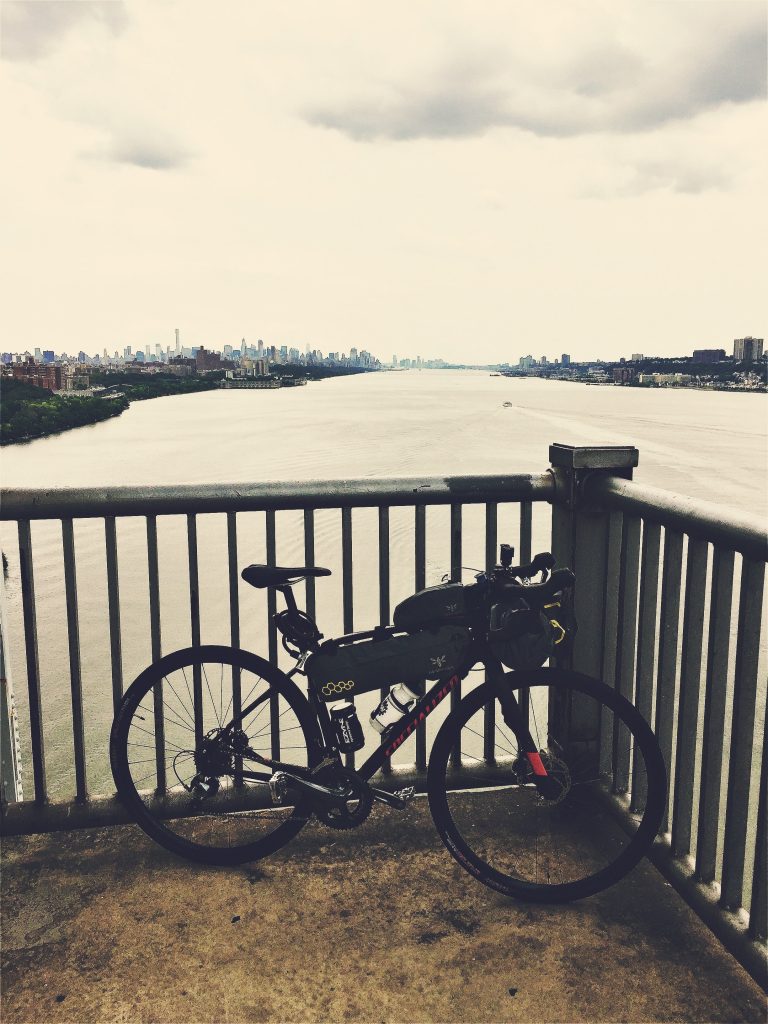 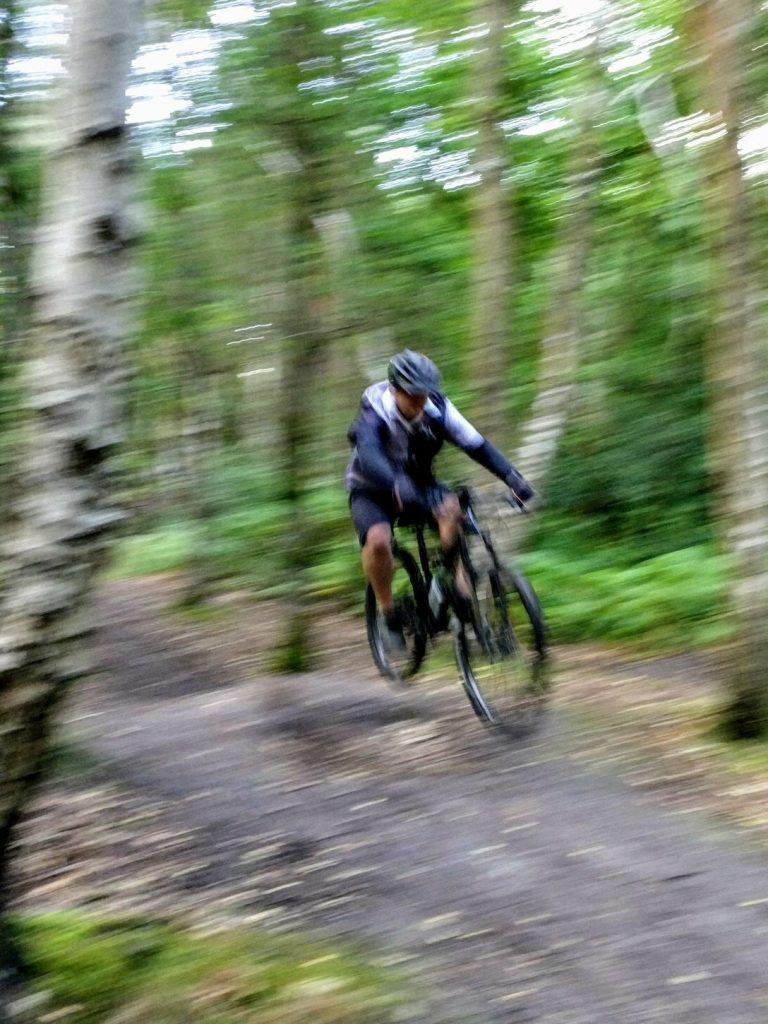 I guess if I had to describe what kind of rider I am, I’d say I’m ‘evolving’ all the time. The solo mission of long distance rides has given me a sense of mindfulness I probably wouldn’t be aware of, and I find the classic romantic cliché associated with hitting the road for a multi-day adventure totally true. I have been lucky enough to have ridden my bike in different parts of the world and sharing my experiences would have been amazing on those trips, so I like how komoot helps me to do that now. Although I like to ride alone, I also love to ride out with other people. Visiting local bike parks and discovering forest trails is so much fun with friends. I guess I’m as much a lone wolf as a pack wolf!

Although it’s no Scotland or Wales, South West England has its own charm. It’s home to a jaw-dropping Jurassic Coastline, an intricate web of industrial canalways and plenty of Neolithic monuments that provide plenty of fodder for anyone with a curious mind who is eager to explore. 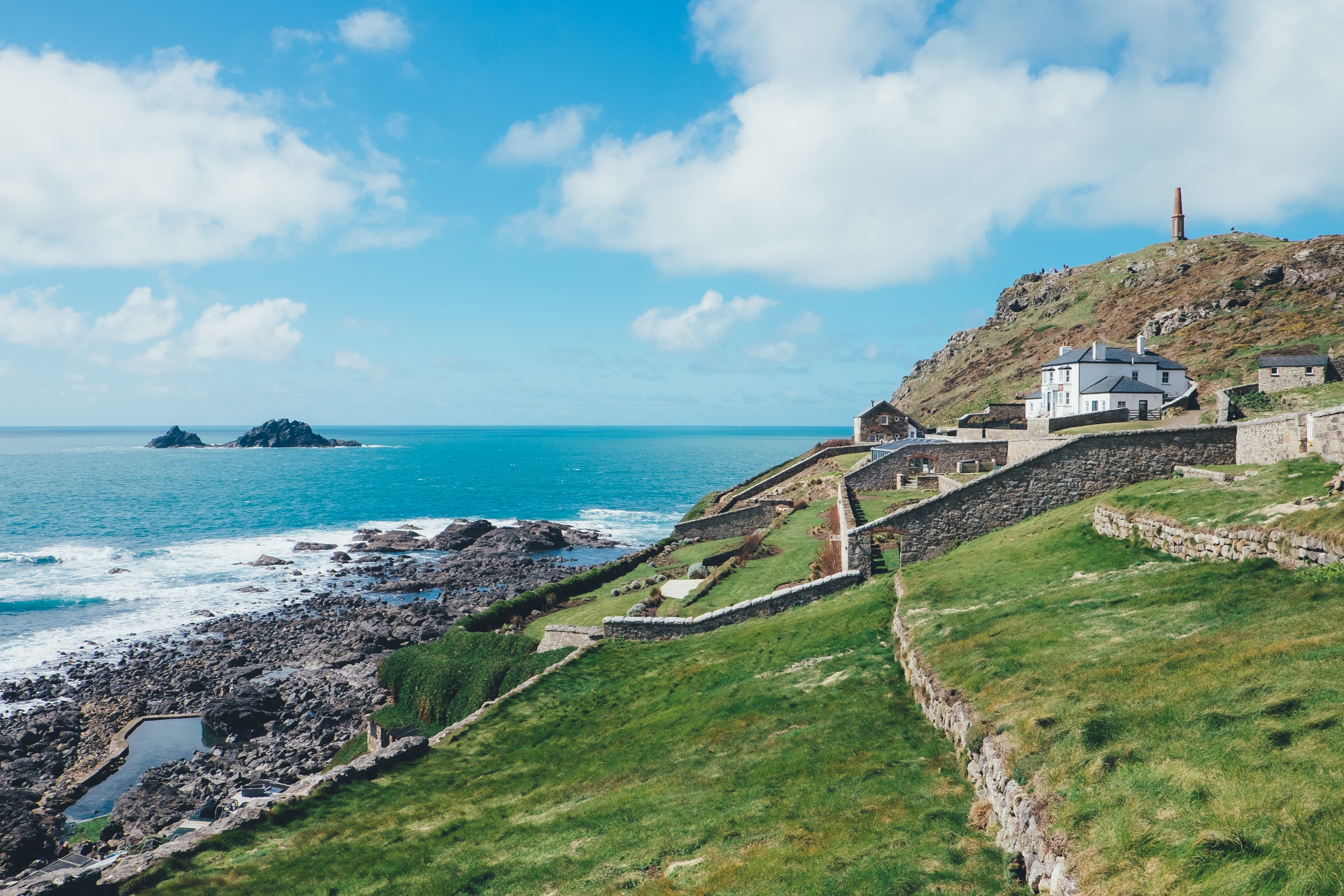 My favorite spin would have to be this one, aptly named Purbeck Hillausaurus, because the topography of the land is a legacy to the time of dinosaurs. The route is a sample of many amazing Purbeck loops and mtb routes. You can’t go wrong in this area, the views of the coast stretching out to sea, combined with so many great gastro pubs and restaurants in the nearby towns and villages, make it the perfect area for a big day out followed by some nice food. There are plenty of campsites too.

By creating and sharing this Highlight for the Stones of Avebury, I might be revealing one of the best kept secrets in this part of England! It’s probably my favourite place to visit near where I live. I had a little dilemma putting it up on komoot, since now everyone will know about it (I sort of don’t like the idea of letting out the now ‘non-secret secret’!). People who know about it and have been already will probably agree that it is absolutely stunning – magnificent in its Neolithic splendour and mystery. I love this place in the summertime and the best way to experience the Stone Circles of Avebury is at dawn or sunset. If you are lucky enough to be around at a solstice or equinox you may get a taste of why it was built by my ancient British ancestors! There’s a great pub next to it too. 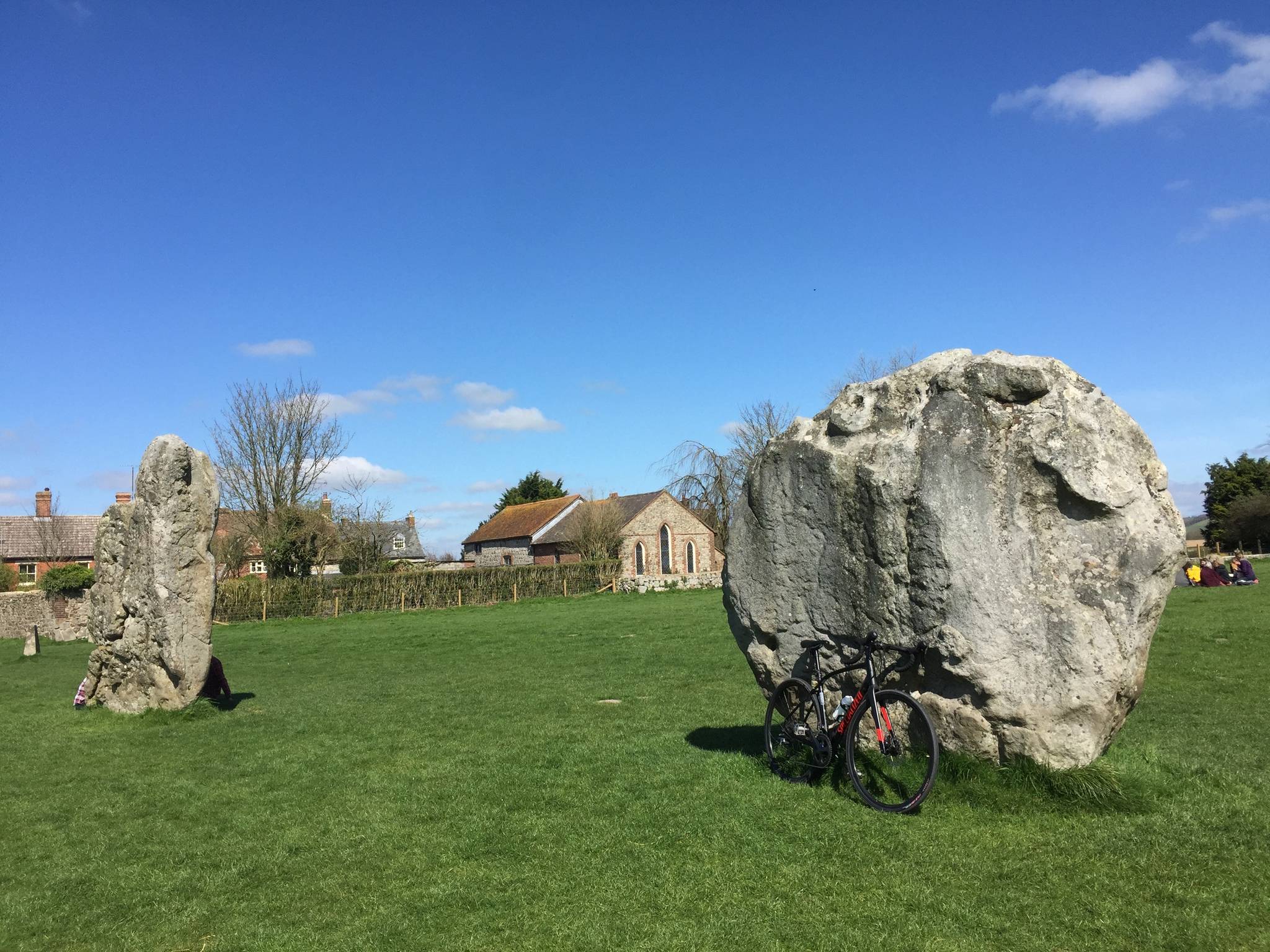 Tip: Going up from Salisbury to this more hidden gem, you can also include a peak into Stonehenge as well. You could ride all the way up to Avesbury and back in a day if you’re that way inclined and comfortable with rides over 100 kilometers (60 miles). It would also make an awesome mini bikepacking adventure for a night or two. 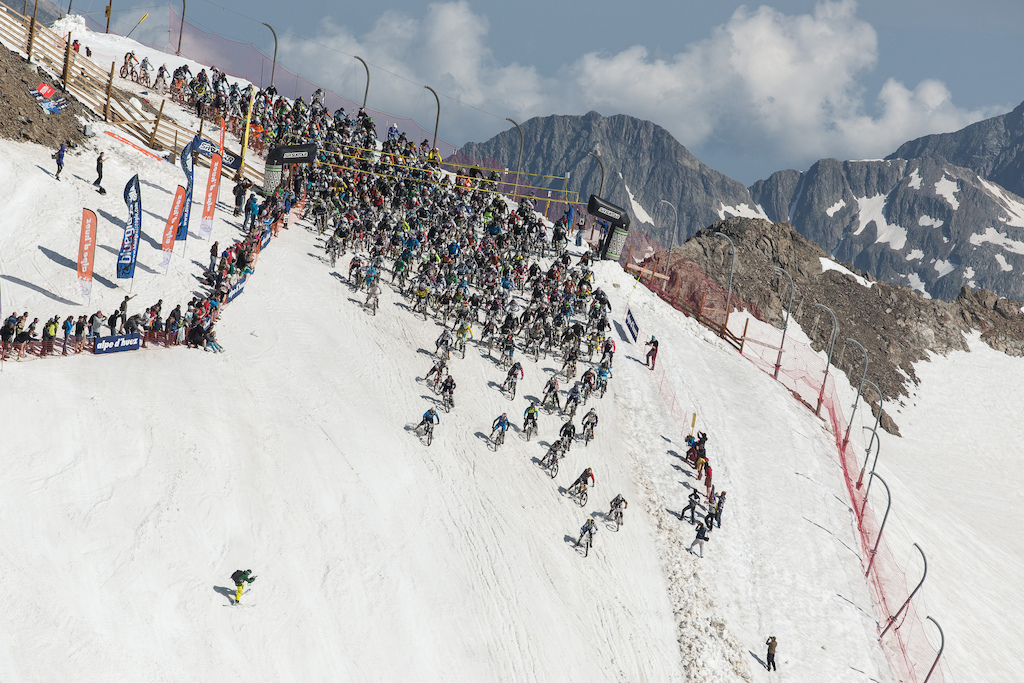 2018 is a new era for my mountain biking. I’m going to go to Megavalanche in Alp D’Huez, in the French Alps. It will be a big challenge for me, so lots of mandatory visits to various bike parks around the UK are must-dos before I face the glaciers and rocky Alpine descent of “The Mega”. So Bike Park Wales, Fort William, Forest of Dean, Affan, Woodys, Okeford Hill and my local Wind Hill and Tidworth bike parks are all on my to-do list. 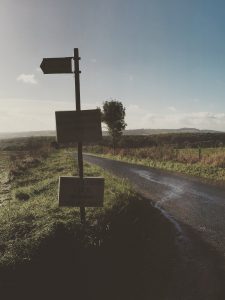 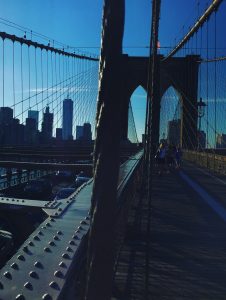 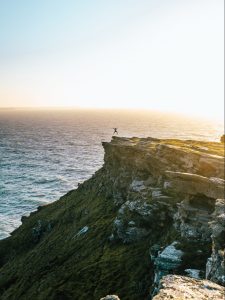 So if I had to design my own trip, with unlimited budget and time, it would be a never-ending bike trip.  I would start in Orkney (the mother of all Neolithic heritage) ride down along the coastlines of Scotland, Wales and England and parks, then cross to Europe to the ‘California of Europe’ – Spain.  After riding around Spain for a while I’d head to Northern Europe and Russia, also China, Japan, New Zealand and Australia. I would also love to explore Mother India and Nepal; I simply have to ride around that part of the world before I depart this life. India is such an amazing country but I’ll never have time to see it all. One day right?!

Always check that you avoid the horridness of the main roads and fossil-fuelled high speeders. We all have the time to take the scenic route, that’s why we use komoot!